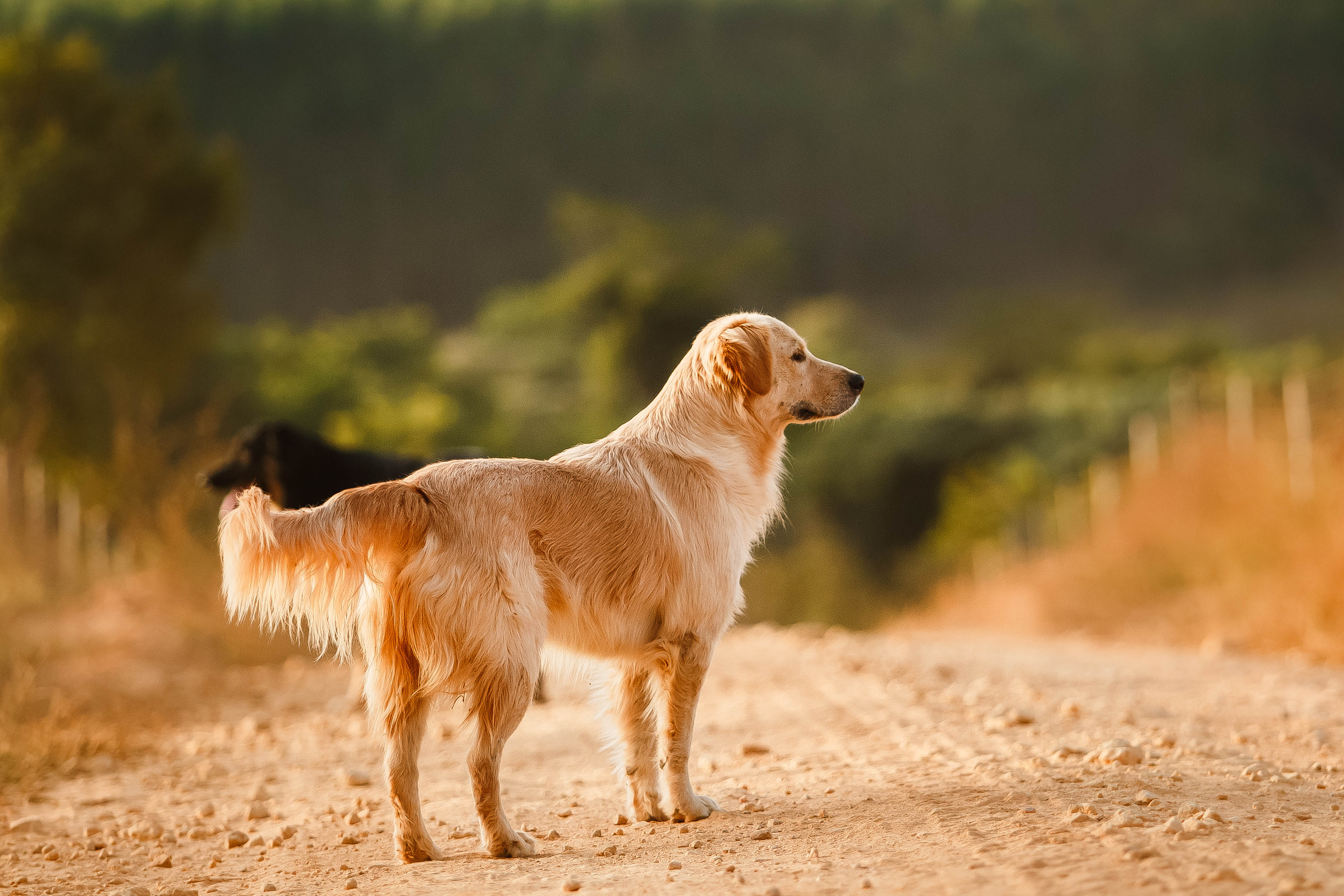 How to Own an Irish Wolfhound

“However, noble descendant of the fierce father of fighting. You are playing tonight with my son by the fire.”
(Excerpt from The Hound of Heroes by William Dammarell)

One is not so much “owning” an Irish Wolfhound as being “owned by” an Irish Wolfhound. I am currently “owned” by two, and wouldn’t have it any other way. They are typical of their breed and are an endless source of fun and joy. Once you have been “owned” by a Wolfhound, you have been touched by a special magic and you will never be the same again. But be careful! They are addictive! You can’t stop at one!

I am an owner, not a breeder. The thought crossed my mind, but I had to be honest. He would be a lousy breeder. I could never give away any of my “puppy grandchildren”! Not for any amount of money!

“I will give you a dog that was procured in Ireland. He is huge limbed and to a follower equal to a man. Besides, he has the wit of a man and will bark at your enemies but never at your friends. He will see by the face of every man, whether ill-willed or well-disposed toward you, he will lay down his life for you.” (The Icelandic Saga of Njal; AD 970-1014)

I am now an experienced Irish Wolfhound “mom”. Much time and money has been invested in my “education” but now my furry children have me well trained. I do not claim to be an expert on Irish Wolfhounds and all I want to do is share what a wonderful thing it is to own one of these magnificent animals. You can laugh with me or laugh at me…nothing affects Irish Wolfhound owners…we are well trained you see!

If you’re one of the hundred who’s ever stopped me on the street to drool over one of my dogs and ask “where can I get one?” you might want to consider what you’d be getting. you DID get one. So let me start at the beginning…

So you want to adopt an Irish Wolfhound!

Years ago, when my husband and I first saw “Chewbacca” (the “Wookie” who traveled the universe with a young Harrison Ford in Star Wars), we looked at each other and said, “I want one of those!” Unfortunately, the Wookiee was a mythical creature, and as far as we know, no one was breeding them here on earth.

Then one day we came across a photo of an Irish Wolfhound, standing with his face to the wind. The resemblance was uncanny. “There’s our Wookie!” We cried simultaneously and, without any preparation, quickly decided to adopt one. Ah, those were our innocent days!

Irish Wolfhounds are noble animals; gentle giants, whose basic nature is that of your typical “couch”. They love their comfort as much as you do. They are perfect “babysitters” for your children and have the patience of a saint. However, having such a large dog comes with many responsibilities, as well as immense pleasures, as we would soon discover.

First there was the added expense of having to trade in our beloved Mercedes for a full-size four-wheel drive pickup to accommodate the dogs. Then came the repair of the sofa, although since there is no room for us on the sofa, I just cover the broken areas with a blanket and hope for the best. The fencing had to be reinforced, and I have lost count of the number of times my husband replaced the flywire on our screen doors. Our once soft suburban lawn (well, it used to be a lawn, not sure what you’d call it now), looks decidedly rustic. It actually looks like a horse paddock. As for my carpet and walls, well, let’s not get into that, but please don’t be offended if I never invite you over to my house.

I love my gentle giants, and who cares if they almost ruin the garden, the carpet, the walls, the sofa and almost bankrupt us with the food and vet bills; I couldn’t imagine life without them. They have many wonderful qualities that allow me to feel this way. They share all aspects of our lives and love nothing more than helping “mother” in the home office and “father” in the garden. In fact, our two Irish Wolfhounds have been very industrious this summer, helping Dad with the garden renovations. I think they are trying to build a pool on the side of the house. They must bother them so much when the father keeps filling it up again. They also play very well with our daughter. In particular, they like to sneak into her room at night and select a toy to play with outside. They never destroy toys. I always find them in perfect condition, if a bit damp and gross from experience.

Our initiation into Wolfhound parenting began with the adoption of Wookie, a gray male. (What else did you expect us to call it?) Our daughter was about two years old, so we felt like we had two babies to care for. Wookie was a real clown, and to describe him as clumsy would be putting it mildly. When Wookie was just six months old, we realized that sharing our little house with him was going to be a challenge. Wookiee’s tail could clear a table with a snap, and leaving food on the kitchen table invited trouble. Unlike other dogs, who can only smell delicious leftovers in the sink and dream about them, Wolfhounds can see them and reach for them.

Shortly after Wookie’s arrival, we find ourselves adopting a “rescue” dog. (Sadly, some people don’t research the requirements for owning one of this breed, only to realize later that they should have bought the Miniature Poodle.) Standing approximately 35 inches (90 cm) tall at the shoulder and weighing 78 kilos, she was, and is, a sight to behold. We assumed her age to be around three and decided to celebrate her “her birthday” with chocolate cake every St. Patrick’s Day. Wookie took a liking to her immediately, and although Guinny, as we decided to call her, sometimes found him a bit of a problem, she developed a fondness for him and the two became good friends.

Guinny, we discover, loves a good cup of coffee. Not the simple black things. She likes hers white with two sugars, and no, of course we don’t give our dog coffee! We don’t need to. She helps herself. I always know she’s been in my coffee from the telltale spills around the cup, or if I miss that (sometimes it’s wiped off to hide the evidence), I know she’s been there from the weird taste left in the cup.

Irish Wolfhounds are warm and affectionate with sensitive and gentle natures. I don’t know if I would recommend them as guard dogs, although owners can be sure that if attacked, their Wolfhounds will fight back to the death. The sheer size of these animals, combined with their deep, impressive barks, is probably enough to scare off most would-be burglars, but I don’t know if that would work in my house. I can only see it now. There they would be, standing by the fence, each with their own favorite toy held firmly in their powerful jaws. My two fearless defenders of hearth and home… “Don’t come in here or my bear will catch you!”

Owning an Irish Wolfhound is an honor. Being accepted and loved by one in return is truly a gift from God. My own furry children are an endless source of fun and companionship, and I haven’t even begun to scratch the surface of my experience. (Speaking of scratching…is that a flea?)